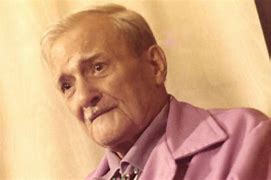 Milton Erickson was a titan of psychological research. He’s also a personal hero. His most important paper on trance makes the firm statement that the therapist’s highest priority is to protect the integrity of the subject’s personality. For me, this commitment has been central to the development of clinical rapport. We can analyze technique and method, but I read Erickson’s papers and understand that his intuition was guided by people that wanted to reveal themselves to him. His phrasing of suggestions reflects the tenderness with which he confirmed their invitation.

Erickson’s impact upon his students was profound. One of them – Jeffrey Zeig – peppers “The Induction of Hypnosis: An Ericksonian Elicitation Approach” with personal vignettes. The instruction that follows makes evident his devotion to Erickson’s memory. A whole chapter celebrates his impact on the history of psychology following World War II.

For the professional, the development is a little slow. In part this follows from ambiguity in the definition of hypnosis. For the first six chapters, Zeig offers metaphors and stories in building a procedural definition rooted in the experience of the subject. The subject experiences, in order:

The goal is for the subject to become receptive to suggestions from the operator. This requires agency on both sides: the subject trusts, and the operator builds rapport. On the operator’s side, Ericksonian phrasing makes the transition extremely comfortable. The pattern is pace, lead, and motivate. In pacing, the operator offers truisms – observations that are natural to the situation. Having attained that agreement, the subject is then led into the next step of the elicitation. Finally, they are offered a statement that aligns the step with their motivations. When the step is taken, it seems not only natural but as though it always was that way.

Zeig guides the reader through the grammar of Ericksonian elicitation. This is a finicky subject, and while clearly described, actual use of the grammar requires extended practice. This is emphasized: Zeig cautions that the operator should not be thinking “This would be a good place for a presupposition. Oh, and then I can offer an embedded command!” Instead, the operator is tracking the subject’s descent into hypnosis, and intuitively offers statements that serve the elicitation. To facilitate the development of that intuition, Zeig analyzes transcripts for study – all involving students that offer intelligent analysis of their experience. That is no substitute for immediate practice.

As a professional, I found myself wanting more at the end of the book. Zeig does a detailed deconstruction of a “traditional” model of hypnosis that I would characterize as a “straw man.” Zeig focuses on scripts. While the structure of a session does follow the pattern Zeig lays out, non-Ericksonian therapy does not require scripts – and even when I reference a script I rarely follow it slavishly.

Having demolished his straw man, Zeig promotes a core virtue of Ericksonian therapy: a session begins with elicitation. Unfortunately, the shift to therapy takes us out of the pattern of elicitation, into (progressively) 1) confusion and destabilization, 2) perceptual alteration, and 3) disassociation. The goal is to identify the mechanisms held in the subject’s mind that allow behaviors to be adapted. Sensory metaphors figure prominently, each wrapping a suggestion to create, modify, or delete an experience or behavior. Once disassociation is attained, those mechanisms can then be used to alter behaviors independently of the rest of the mind.

Zeig allows that to survey the subject’s inventory of adaptive mechanisms involves several sessions before therapy can proceed. Unfortunately, that procedure is not developed in depth, leaving the professional to wonder what to do after hypnosis is elicited.

The focus on disassociation is also troubling. Disassociation allows the subconscious to control movement and sensation without conscious awareness. In his writings, Erickson was proud of automatic writing and waking hallucinations. But ultimately the subject must integrate their experience and learnings. That may be accomplished by reinforcement as the subject is brought back into the normal state. Erickson never addressed this point, and neither does Zeig. What Erickson reported was, in fact, that by use of these disassociation he could create long-term syndromes in colleagues .

At the conclusion, Zeig’s writing left me a little flat. In attacking the methods that I use every day, Zeig showed a lack of respect for the work that has been done in the “traditional” model to assimilate Erickson’s central tenet: protecting the integrity of the subject’s personality. That includes:

More daunting, however, is Zeig’s observation that Erickson seemed to make it up as he went along – and that his most impressive elicitations involved unspoken elements. Erickson may not have been a therapist in the normal sense – he may have been a guru.  Zeig steers safely clear of those waters.