A Mind for Sickness and Health 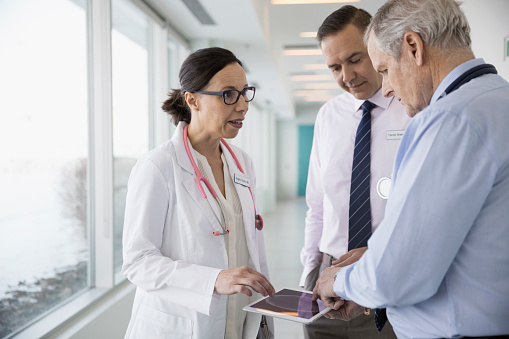 Any serious student of the healthcare industry eventually comes to realize that the diagnoses of greatest concern change over time. In the 1800’s, neurasthenia (bad nerves) was common. Today we talk about “stress” – and use very different methods to manage the problem.

In rationalizing these trends, we invoke the march of medical progress and changing social circumstances. In her book “The Cure Within,” however, Anne Harrington argues that in the area of psychosomatic complaints the trend has as much to do with the narratives we use to explain health and sickness.

I loved this book for several reasons. First, Harrington takes a positive view of those that struggled to understand how the mind affects the body. Each progressive step is rooted in the intellectual context that preceded it and treated as an honest attempt to improve public wellness. Secondly, Harrington captures not just the intellectual history but also the methods used to promote evolving methods. This is valuable insight when evaluating the integrity of a practitioner. Finally, the chapters on suggestion and hysteria are the most lucid history I have read of my discipline – hypnotherapy.

The impetus for this book reflects a disturbing fact: while clearly attitude and lifestyle affect our health, science has yet to elucidate the mechanisms in a way that benefits patients. Even so, patients flock to alternatives to “scientific” methods. Harrington explains this as a reflection of the narratives that we tell ourselves about our relationship with healing.

Initially those stories were religious, and early attempts to explain mysterious recovery were “scientific” explanations for the significance some attached to faith. People educated to the authority of a priest were easily swayed by Mesmer’s talk of “animal magnetism” and accepted his domineering attitudes. In our modern era, those traumatized by surgery and drugs idealize a gentler “Eastern” perspective on health – including practices that in most cases were cultivated for Western consumption.

Harrington proposes six narratives, each of them still active in modern society:

Harrington points out that as each of these narratives came into force, the diagnosis of illness changed. The influence of culture on health is bolstered by cross-cultural comparison – at menopause, Japanese women retain their cultural standing, and do not have hot flashes. But it causes me to wonder how much our current epidemics (asthma, cancer, dementia, diabetes) are aggravated by messaging that verges on propaganda. Are we being programmed to sickness?

Harrington does trace out the increasing rationality of our explanations for the influence of mind on health. The most solid are the ability of the brain to sustain the fight or flight response. The resulting effects on the body are well known – higher blood pressure, tissue damage, exhaustion, and immune suppression. What frustrates, however, are the uneven results from attempts to help patients learn to sustain homeostasis – the “feed and breed” state in which our body musters the energy to heal.

Harrington tends toward the opinion that we don’t understand mind-body dynamics, a conclusion that led her to offer her perspective as a historian. After the reading, however, it seemed to me that there were at least three factors that could help us to control variation, and therefore develop more effective strategies.

First, stop appropriating military studies for civilian use. While the persistence of shell shock after WWI was a useful tonic to Freud’s sexualization of psychology, in general the military experience is neither typical nor consensual.

Secondly recognize the importance of practitioner sophistication. An example is support groups for breast cancer patients. At the end of her chapter on healing ties, Harrington shares a disparaging comment from a participant. The original pilot study, however, was led by Irvin Yalom, one of the most sophisticated psychologists of the era. Given the hypothesis that cancer is driven by stress, increased longevity must deal not only with the pressures of surviving treatment, but also touch on the problems that created the stress. Yalom would have been capable of guiding such dialog – patients without such support might be expected to find less value in the process.

Finally we have the maturity of the patient. For positive thoughts to be expressed consistently, the patient must have mental discipline not typically in children. We tend to assume “maturity” in those that attain their majority, but even so there are levels of maturity. This is given in religion: Harrington offers a comment from the Dalai Lama that even he had experienced only “three of six” meditative states. Catholic sacraments explicitly recognize evolving maturity. Here I offer a hypnotherapist’s perspective on maturity.

Of course, Harrington did not set out to offer solutions. Her goal was to record the history so that we might make more informed decisions regarding the opportunity we have to achieve health by managing our attitudes. In laying out the internal logic of these narratives and documenting their evolution, Harrington brings coherence that will help us avoid ceding authority that we should reserve to ourselves. Do whatever, but recognize that you as a mind-body unity are at the center of the system you seek to heal.