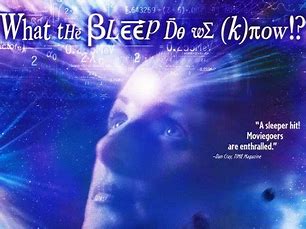 In “The Cure Within,” Anne Harrington explored the narratives that have empowered the common wo/man to access the power of thought to heal the body. Universally, those narratives originated as rebellions against religious and medical conventions, and propagation was in the hands of a few charismatic individuals. Over time their published writings have given the narratives lives of their own.

In summarizing her study, Harrington observes that the coexistence of these narratives proves that we still lack a fundamental understanding of the mind-body connection. This is despite the efforts of researchers who have studied the effects of meditation and positive thinking on our biochemistry. Demonstrably things change, but the effects vary with culture and affliction. Lacking a definitive mechanism, those seeking to share the benefits of healing visualizations are left only with stories to tell.

Harrington, however, omits one class of narratives that carries the cachet of scientific respectability: quantum spirituality. Proponents of this view draw upon the early philosophy of quantum physics, characterized by theorists seeking to justify their mathematical methods. The concepts include “wave-particle duality,” “wave-function collapse,” “resonance,” “tunneling,” and “time-reversal.” These concepts suggest the possibility that physical bodies may have non-local interactions across both space and time.

In “What the Bleep Do We Know?” a community of quantum physicists, philosophers and Eastern spiritual teachers elaborated on these metaphors, claiming that they explain mind-body connection and other types of spiritual experience. The problem is that when a competent physicist does the calculations, the strength of the quantum effects is miniscule. For this reason when Deepak Chopra goes to speak at the Jet Propulsion Laboratory, the physicists shrug their shoulders and roll their eyes. Quantum mechanics does not account for spirituality. Like Harrington’s narratives, its spiritual appropriators simply encourage the public to explore spiritual experience.

Against this institutional inertia (in both communities), I have proposed a framework that has spirit as a natural consequence. The basic principles are simple:

Not only does the framework explain spirituality, it admits answers to a broad set of problems in fundamental physics (spanning both astrophysics and particle physics).

As regards Harrington’s narratives, the framework also suggests investigations that might help to resolve the methodological difficulties in the experiments that probe the mind-body connection. Simply: I would suggest that healing occurs most powerfully, as Jesus exemplified, when our virtue is witnessed by someone that loves us.

As known by every spiritually sophisticated mother.