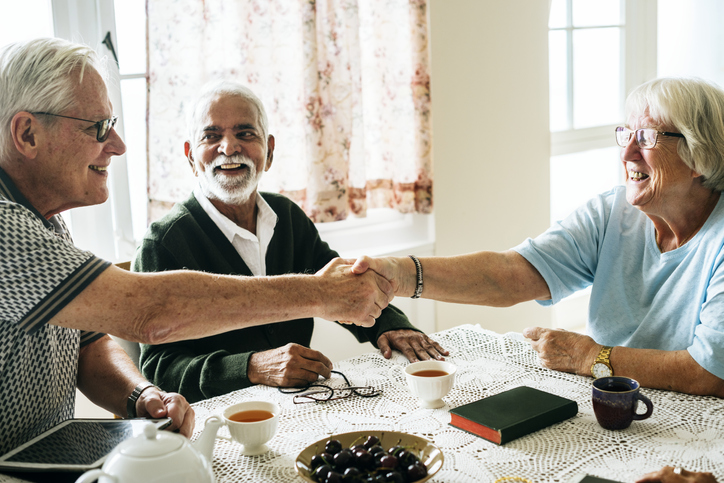 When at 35 my hair began to turn gray, my female friends teased that I better had start coloring it, With a roll of the eyes, my retort was “When it’s completely gray, I’ll want people to know that I’ve made it that far.” Now nearing 60 little of the pepper is left, and I wonder sometimes “How did I get here?”

In “Successful Aging” Daniel Levitin tries to provide all possible answers to that question. You might stop to think about that. The sheer scope of that project is mind-boggling.

Regarding a book on aging written by one with direct experience as well as long study, perhaps the most direct characterization of Levitin’s attitude is a paradoxical “youthfully enthusiastic.” He communicates faith that a better understanding of aging will improve every life. While occasionally technical, Levitin’s treatment is approachable, and won me over to his vision.

That perspective covers sweeping territory. While a blue-collar worker may face decline alone in a room, the erstwhile Secretary of State still guides public service operations. While an unusual centenarian may smoke and drink (moderately), an elderly wife may sell the family home to pay for her husband’s chemotherapy. These barely hint at the variability that Levitin must address – a variability that may leave the reader to plead “But what should I do?”

Levitin sagely begins with the irreducible: What kind of person are you? Regardless of economic or social standing, your personality determines how you approach problem-solving, and thus how you manage aging. Surprisingly, Levitin and his colleagues find only five essential personality traits, each defining a range against its opposite. Against these traits he builds his prognosis for adaptability and longevity.

What controls our personality? Here the picture is impossibly complex: genetics, parenting, culture and opportunity. But upon reaching adulthood, that complexity fades into irrelevance. We are who we are. Here Levitin shares the perspective of Dan Siegel (who in “Mindsight” treats that matter in more detail): the brain continues to adapt even in adulthood, and with diligence we can choose our behavior.

Our capacity to implement those choices requires soundness in our mentality, including memory, perception, intelligence, emotion, and motivation. All change emphasis as we age, losing power in certain aspects (for example, forming memories) while strengthening in others (filling in missing detail). In each area, Levitin offers practices for shoring up declining faculties. The most important of these is social interaction, the essential ingredient in the formation of the personality, and paradoxically the most insidious source of stress (the universal mind-killer) and the most comprehensive stimulant for faculties threatened by aging.

Inevitably, though, aging brings infirmity that leads to illness. Unfortunately, experience has shown that attempting to eliminate illness in the elderly must be balanced against reduced quality of life. Often that reduction is driven by pain that disrupts our mental faculties, robbing us of our sense of self. Levitin surveys the qualities of pain and observes that those perceptions are distributed throughout the brain. I wasn’t surprised by the conclusion that as of today pain medications do less than desired and may cause harm, leaving us with the difficult choice of balancing life span (years alive) against wellness span (years enjoyed).

Against the background of the natural processes for the development of personality, Levitin shines a light on the artificial threats to their stability in the areas of schedule, nutrition, exercise, and sleep. Each threat is developed as a disruption to sensitively balanced biochemical systems that sustained wellness as conditions varied in the natural world. Unfortunately, artificial environments push those variations out of the natural range, and our biochemistry breaks down. Levitin’s illustration of the consequences is a strong motivation for respecting the body’s limits.

Given the gravity of death, of course, hope persists that means will be found to delay (if not reverse) the infirmities of our elder years. While Levitin glories in the scientific acumen that motivates positive expectations in consumers, the book nears its end with chapters that puncture faddish trends in cellular restoration and cognitive enhancement. In the final chapter, then, Levitin offers advice that guides us away from decisions that are likely to squander the mental and social opportunities of later life.

For some the last chapter might be all that matters, but Levitin provides the detailed background because he hopes that science will produce strategies and treatments that allow us to lead youthful lives at ages that today ensure infirmity. After all, 60 is the new 30. Why shouldn’t that first number reach 100? Or 200? As those treatments evolve, the prescriptions of the last chapter should be modified. Levitin does us the service of tracing his deductions back to science, so that when the science changes we can confidently update his guidelines.

If I would mount any criticism of Levitin’s treatment, it would be against his Pollyannaish selection of inspirational case histories, often drawn from privileged lives. A justification might be that, given the complexity of the factors he surveys, only the most sophisticated can apply his lessons.

For me, there’s a broader point to celebrate. In tracing the roots of infirmity, Levitin teaches us a great deal about how we lead the rest of our lives. There the prescriptions are clear, although scattered across 360 pages. Following them will improve our elder years. It is in this realization that I find myself seduced by Levitin’s program, and energized to pursue its implementation as a hypnotherapist.