Finding the Self in Prayer 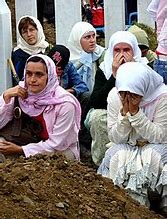 Every path to maturity is concerned with harmonization of the self in relation to others. This is obvious in judgment: the claim “I am mature” carries no weight. Maturity is known in the eye of the beholder.

The paradox is that “I” is a recent evolutionary construct and develops as an adjunct to early socialization. At birth, the infant cries and “the caretaker” responds. The child has every reason to confuse the physical boundaries of the self. Those boundaries are solidified through interoception, proprioception, and interaction with others (many of whom act as proxies for “the caretaker”).

In the Kappasinian Theory of Mind, the conscious mind evolves around eight years of age, and is identified as the repository of “Logic, Reason, Analysis, Decision-Making, and WILL POWER (that always fails when most needed).” But in the context of self-definition, the conscious mind contains something far more important: an evolving model of the self. In the quest for maturity, the self-encoding neural structures project connections into the primitive brain centers, allowing us to transform our reactions to events into chosen responses.

The quest for self-control and self-realization long predates modern psychology. Historically, religions transmitted each culture’s understanding and practices for attaining maturity. Common to all is a practice of prayer – personal appeal to esoteric powers for support and guidance. While the legitimacy of those practices was called into question by modern materialism that has subdued serious consideration of spirituality, most of our exemplars of maturity were subscribers to those practices. Regardless, then, it seems of interest to understand the structure of that practice.

My orientation to prayer was solidified in a beautiful photographic celebration, “Talking to God,” John Gattuso (ed.). In the book, three types of prayer are distinguished: intercessionary, contemplative, and meditative. Given the appropriation of “meditation” by adherents of Buddhism and modern psychology, I’m going to adopt slightly different terminology here: intercessionary, celebratory, and contemplative. These will be defined below, but those inspired to enjoy Gattuso’s production (highly recommended) should be aware of the subtle shift.

Intercessionary prayer is a plea for assistance with problems beyond our understanding or control. Intercession surrenders concern to a higher power. In modern therapeutic terms, it interrupts worry and anxiety. While the methodology is different, such interruption is a staple of modern Cognitive Behavioral Therapy, now becoming accepted as the gold standard for talk therapy.

Many families of faith teach their children to pray just before bedtime. This also matches the wisdom of modern therapy. The anxious client makes a list of worries just before bedtime and promises the self that they will be picked up again tomorrow morning. Releasing them unlocks barriers to the deepest levels of sleep, the NREM state in which restoration – both physical and mental – is unlocked.

The release of anxiety is important because it releases resources to the higher functions of the brain. That supports development of the self-concept. Just as with material technology, we benefit greatly in that quest from the wisdom of our predecessors. This is the dominion of celebratory prayer.

In celebratory prayer, the virtues and qualities of the deity are called into mind. These are used to organize the model of the self, allowing lessons from a specific experience to be generalized for application in other situations. For example, negotiating chores on the farmstead can be applied to negotiating a deal in the marketplace. The qualities involved might include patience, persistence, and fairness. Celebratory prayer projects those qualities onto the deity. Religious instruction wraps the virtues in mythical narratives that illustrate their projection into worldly affairs.

The Ancients were sophisticated in this regard. Ancient Greek city-states, for example, each adopted a patron deity whose character was reflected in the administration of the polis. I am aware (I believe through a biography of Alexander the Great) that an unappreciated aspect of the Olympic festival was debate of the relative virtues of the different systems.

Celebratory prayer allows us to organize our self-concept around common terminology. While explaining the value of celebratory prayer, it also explains religious prejudice. Europeans may have considered others to be “primitive” and “sub-human” because they did not ascribe their identity to Christian virtues. And non-consensual contact with other systems of belief may seem, to the unsophisticated, as an assault upon the self.

In psychology, celebratory prayer is closely related to management of identity. For children, best practices and principles are organized as developmental psychology; positive psychology offers something similar to adults. What we tend to forget is how many of the concepts they espouse originated from religious traditions. People of faith were not primitive – they just didn’t have the latitude to believe that they could take control of identify with medical methods. And celebratory prayer defuses egotism – the virtues are present in the deity, not embodied in the adherent.

In the final form of prayer, contemplative prayer, the adherent contemplates their social environment and requests wisdom and direction to best project their chosen virtues. This is an organized practice of application and learning. A central virtue is detachment from a sense of personal agency and culpability for outcomes. Social action has heavy contingencies that build frustration and despotism in political leaders. Contemplative prayer guards us from that danger.

In Christian practice, contemplative prayer is not just a supplication, but a contribution to the wisdom organized in the Holy Spirit. Those that subscribe to “non-religious spirituality” may ponder whether they shouldn’t be seeking to collaborate in creating a similar repository, and how they would go about protecting its domain. The only solution I can conceive is religious organization.

Contemplative prayer is obviously an advanced practice with social aspirations. Its non-religious manifestations include any of the mental wellness arts. For personal application, the “Law of Attraction” is popular in hypnotherapeutic circles.

While I have outlined the correlation between therapeutic practice and prayer, any meaningful application of prayer must include an orientation to spirituality. That is best accomplished through a direct relationship with a therapist. If my perspective is appealing, please reach out to arrange private discussions.