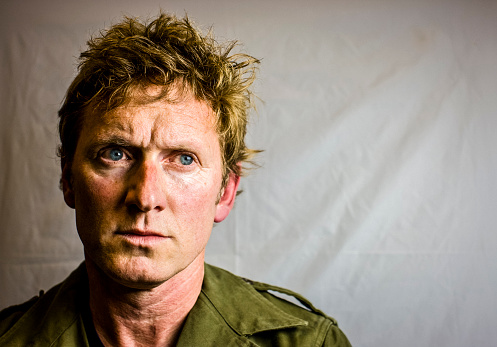 In the era of Alexander the Great, conquest was used to propagate culture. In the terrifying era of battlefield massacre, wars were fought to preserve the nation-state. With the development of nuclear weaponry, finally civilized nations realized that military readiness must serve only one purpose: preservation of the peace.

Peace is not easy, for tensions exist in every relationship. Nations with different languages and customs cannot just dissolve their borders – their citizens would argue and fight. To ensure that tensions do not boil over, treaties and pacts must be negotiated.

The parallels with death are critical. Death is also a form of separation. We would like it to be gradual and gentle, but often it is not.

A sudden violent death can confuse a spirit. A Japanese doctor who was trysting outside of Nagasaki reported encountering a victim of the blast, charred skin crusted from head to toe, walking away from the city. The victim dropped dead upon seeing the horror in the doctor’s eyes.

Warriors can get lost in their mastery of death, seeking only killing for its own sake. Warriors that fight to protect peace are therefore right to feel virtuous. When they were nurtured within the confines of a peaceful society, love was offered freely to them by adults and peers. Given those gifts, many PTSD victims consider themselves to be “weak.” I see the matter more sympathetically.

The only way a warrior can go into the modern battlefield is to suspend understanding of the dangers they face. Those that remain effective in combat are those that ignore the realities unfolding around them. It is those that take it in – that see the death and destruction, that allow their souls to bear witness to it – that fall into despair.

Upon returning home, warriors may be numb because modern war is inhumanely destructive. Souls torn from broken bodies travel with the returning veteran. Those souls hang on to the veteran’s sympathy, either hoping to escape death’s merciless grip or hoping to receive confirmation that their sacrifice was of value.

The only alternative to this kinship with the departed is to avoid the trauma of loss. In “War,” Junger remarks that fresh troops arriving in Afghanistan were immediately sorted by veterans. Those that are not taken in are those that fall first – not infrequently when marching to their position. The veterans somehow know to avoid them, and thereby escape the grief of their loss. The hapless rookies are consigned to death.

But that is knowledge gained from experience, and so comes too late. In “Combat Stress Reaction,” Zahava Solomon offers the opinion that almost every warrior comes back with trauma – it is just that most of them don’t report it. Where the PTSD casualty is “weak,” the functional veteran is hardened.

In either case, the veteran is a wound in the heart of a peaceful society. They struggle with violent outbursts, unreliable productivity, and substance abuse. Culturally, they become death’s viruses.

So where is healing in this picture? To find it we must return to the insight offered at the beginning of the last section: the mind is a time-travel device. In combat, the well-trained corps functions as a single gestalt, drawing upon shared tactical concepts to think their way through a successful engagement. But at a deeper level, the entire field of combat is tied together in a struggle against death. That fear is universal. Enemy combatants are equally victims of circumstance and deserve equally to be liberated from fear.

Coming back into a peaceful society, the warrior enters that greatest and most valiant struggle. Where love was once received from parents without reflection, the PTSD casualty now must choose to receive love and guard its benefits. When that choice is made, the surrender reveals an infinite source of unimaginable power. Whether it is called God, Source, the Universe or The Good, it steps into the warrior’s mind to reveal that death is only a temporary separation that is pierced by love.

This is the individual warrior’s road to peace. When that hope is projected universally, the goal of every wise warrior is brought into reach: the insanity of modern warfare is apprehended equally in all cultures, and a durable peace becomes possible.