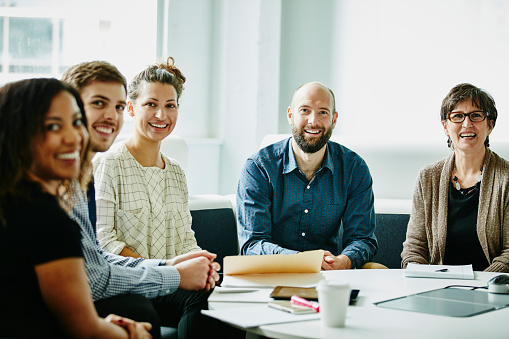 In the basic Kappasinian Theory of Mind, we all need balance between adventurous (euphoria-seeking) and protective (fear-avoiding) behaviors. The goal of all therapy is to establish and maintain a healthful balance for the client. In this post, I consider how Kappasinian practices relate to Stephen Porges’ Polyvagal Theory (described wonderfully here).

As emphasized by Porges, our bodies are designed to seek homeostasis (the restful state in which we “feed and breed”). When threatened by unfamiliar or overwhelming experiences, we drop into a simple decision-making process: should we fight (“Can I eat it?”) or flee (“Can it eat me?”). If neither of those tactics resolves the conflict, we simply freeze (conserve energy until an escape presents itself). In the animal kingdom, survivors use shaking and quivering to discharge the residual energy, restoring homeostasis.

These kinds of experiences are traumatic, and if repeated drive us into protective behaviors. On the other hand, in safe social circumstances, those same kinds of experiences can evolve as play. When playing our pretend threats are accompanied with gestures and statements that reassure our partner. The classic pet behaviors are the dog crouching on its fore-paws, or the cat gnawing on our finger in between licks. During play, both euphoria and fear are at elevated levels.

The nerve that mediates our overall physical state (the vagus nerve) has an ancient (reptilian) part that manages the freeze response, and a more recent (mammalian) part that controls excitement. As these responses involve complex coordination among all the body parts, the vagus returns ten times as much information back to the brain as it sends out.

One of the challenges in overcoming traumatic experiences is that fear suppresses our ability to exchange reassuring gestures and statements. This permanently suppresses our ability to feel euphoria, leaving us at the mercy of fear. That prevents us from restoring homeostasis, leaving us in a perpetual state of self-induced stress that damages our physical and mental well-being. If the trauma occurred early in childhood (such as a difficult birth), we may be unable to remember the circumstances, and thus release the trauma.

Porges’ solution is to deal with the problem symptomatically. Exposing the sufferer to soothing sounds, sights or sensations overcomes the blocks to reassuring stimulation. When accompanied by mindful relaxation, the mind learns to tie that reassurance to homeostasis.

The classic Kappasinian therapy for fear and anxiety builds an experience that mixes these same elements – but with the amplifying factor of hypnosis (our optimal learning state).

Therapy begins with a progressive relaxation that establishes homeostasis.

If the trauma is mild, circle therapy is used to walk the client through a remembered experience. If the fear is irrational or of unknown origin, systematic desensitization is used to command the subconscious (the true source of the reaction) to produce the emotion. Ideomotor finger raising is used to control the level of anxiety. When discomfort is visible, the client is told to lower the finger and “pass it,” directing them back into homeostasis. As the process is repeated, the mind becomes confident in its ability to control the transition, and eventually chooses homeostasis.

If the trauma is deep, these practices are preceded with sessions that build a safe haven in the subconscious landscape, ensuring that the learned skills take root in a context free from debilitating memories. For this purpose, today’s practitioners will often use therapeutic imagery, but even they will reinforce that work with a staple of Kappasinian therapy: a staircase deepener that projects a positive, confident self-image into the subconscious.

The final element of Kappasinian therapy is to suggest that the client begin to chuckle and smile as they come out of hypnosis. As the therapist smiles and speaks soothingly, this reinforces the ability to exchange reassuring signals. Of all the suggestions offered by Kappasinian therapists, this is the most playful.

Porges first articulated his polyvagal theory back in the early 1980’s and the therapeutic practices were not popularized until well into the new millennium. Hypnotherapists trained with Kappas’ methods have been performing these therapies since the sixties. Not only do those techniques have the same effect as those offered by Porges, but they are coupled to far broader strategies for overall behavior development.