A Geriatrician Advocates for the Elderly 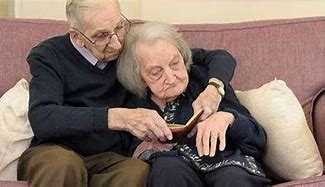 When I reached 50, friends began advising me to color my hair. I laughed – given what I’d been through in my 40s, I was proud of the evidence that I’d made it that far.

In “Elderhood,” Louise Aronson reflects on a career in gerontology (the medical specialty that focuses on the elderly) to expose the cultural disease of opportunism that infects our experience of aging – both within medicine and the larger culture.

The challenge of caring for the elderly is that normal aging changes body chemistry, making invalid many of the strategies pursued when caring for adults. Since all medications and medical procedures are proven for adults, gerontologists must understand the entire body when planning care. The liver and kidneys no longer may be able to eliminate drugs before harmful side-effects occur. As conditions accumulate, physical therapy requirements may overwhelm the patient’s decreased stamina. And procedures designed to restore full functioning in younger patients may instead cut short the life of a less resilient senior.

Paradoxically, the complexity of caring for a senior created the opportunity for Aronson to operate for most of her career as a dying breed: the home-calling general practitioner. Financial limits meant that radical treatments were often out of reach to her patients, and so common-sense behavioral and environmental adaptations were acceptable options. Perhaps not surprisingly, many seniors report greater satisfaction with their care when offered options that preserve their social setting, whereas hospitalization would have left them isolated for long periods – if not permanently.

Unfortunately, Aronson’s written contribution to this public debate was triggered by burn-out. Systemic factors – medical specialization, rigorous reimbursement policies, and profit-conscious administrators – generated resistance to providing the kinds of care that were best for her patients. To illuminate those factors, Aronson’s writing develops two themes in parallel: how medical care should evolve as a patient ages, and then the professional history that finally drove her to collapse in frustration when praised for her outstanding performance. While laudable in intent, the mixing of these two stories dilutes the focus of the book. In the end, only the most careful reader can form an independent judgment about Aronson’s views.

To a degree, Aronson seems to have accepted this outcome. Her afterward opens with a quote in which another author describes his work as a polemic – as intended to stimulate emotions that would drive political change. Taking this as Aronson’s goal, “Elderhood” builds a strong case: 50% of doctors “burn out” as Aronson did, and leave medical practice. More desperately, young and heavily indebted doctors choose suicide at rates far higher than the general public. It is only the narrowly qualified specialists that thrive, and they are precisely those unable to deal with the complexity of aging. Aronson takes the point further, believing that myopia extends even to treatment of “normal” adults – precisely because there is no “normal” adult. The inability of the specialist to anticipate the side-effects of their treatments eventually traps patients in the medical system as the treatment of side-effects creates further side-effects until the patient runs out of financial resources.

From the perspective of hypnotherapy, however, it is the first thread (the evolution of care with age) that is most important – and specifically to those of us seeking to serve the senior population. Aronson draws upon her clinical experience to illustrate the shifting goals of aging patients. To distinguish them, she proposes that we consider the stages of senior, old, elderly, and aged. These are wrapped in life’s third act – elderhood (the first two acts being childhood and adulthood). Aronson’s purpose is to hone our sensitivity to the opportunities and challenges of growing old.

Most of society relates to growing old as the loss of youth. Those visible changes – wrinkled skin, gray hair, and decreased vitality – appear long before we lose our creative potential. Seniors, therefore, are those still seeking opportunities after leaving their adult career. Their unique gifts are discernment, patience, and a surrender of financial ambition that allows them to prioritize options that benefit their community.

Medically the principle concern for the senior is decreased recuperative capacity. Senior illness and injury can trigger a debilitating cascade that speeds decline. This is therefore the stage to begin defining preferences for managing the inevitable decline. Aronson sets the two poles of the spectrum as “breathing at all costs” and non-intervention. Aronson’s illustrations tend to support “comfortable longevity” as the best compromise.

As aging continues activity begins to match the expectations generated by appearance. We become “old.” In planning gatherings and outings, compromises are made for reduced stamina. This transfers to medication – “adult” prescriptions should be screened for new or enhanced side-effects. With conditions that require surgery, discomfort may best be managed with lifestyle changes.

“Old” is also the stage where social changes begin to cascade. This follows naturally as life-long friends relocate and die. While still fairly active, this may be the best time to move to a dedicated retirement community, simplifying lifestyle while developing new friendships. Aronson emphasizes, however, the benefits of multi-generational households – once a necessity but now an overlooked option that enriches the lives of both youngest and eldest family members.

“Elderly” follows when management of medical complaints begins to dominate our days. Aronson dwells on the challenges posed by America’s utilitarian ethic. Cab drivers speed away from elderly fares, and private and public spaces become inhospitable – both physically and socially. Aronson warns that our failure to accommodate the elderly condemns us to suffering in our elderly years and denies us the opportunity to reap the insights gained from their lived experience.

In treating the elderly, Aronson condemns our modern “disease management” system. Essential practical needs are not recognized as medical expenses, creating “penny-wise and pound-foolish” practices that allow minor inconveniences (such as nutritional deficits and hearing loss) to evolve into serious conditions before services are provided. Worse, when those conditions arise, the influence of medical specialists means that the course of treatment often depends on which doctor is available first.

Ultimately, of course, the principle concern is managing the decline of the “aged” to death. Even here, Aronson offers inspirational tales – a bed-ridden grandfather who became tutor to the neighborhood’s school children. She argues for advanced planning and hospice over the isolating and desperate institution of the nursing home.

While I only outline the changes that define the transitions between the stages of elderhood. Aronson’s monumental work draws upon her experience in geriatric practice to illuminate the psychological needs that evolve from reinvention (seniors), to isolation (old) to wellness (elderly), and finally into mortality (aged). While somewhat diluted by her indictment of the medical establishment, Elderhood is rich with insight for those seeking to support each of these distinct communities.