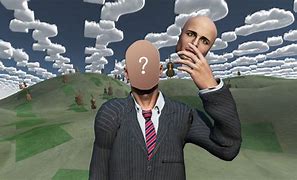 Any accredited professional college must educate students on the legal requirements for their practice. In the case of hypnotherapy, in most states the law makes psychology a dominant field. I have been forced to turn away clients because their concerns might be due in part to an actual illness of the mind – something that I was unqualified to diagnose or treat. Sometimes that’s made easier because the client is actually under the care of a psychologist – I’ve learned to expect that I just need to turn them away, because I’ve never found a psychologist that was willing to work in tandem with me. They don’t even answer my e-mails.

In the gray zone are clients that have read the pop psychology press and tell me, for example, that they have “PTSD.” Given what I know about the diagnostic definition, I ask a few questions and determine that they probably have post-traumatic stress, or PTS. Now I can work with PTS, but not PTSD. Here’s the rub: I can’t tell them that they have PTS, because that would be a diagnosis that I am not qualified to offer. You can imagine how difficult this becomes with more common psychiatric designations: depression and general anxiety disorder, for example.

Against the backdrop of this frustration I now report on Anne Harrington’s “Mind Fixers: Psychiatry’s Troubled Search for the Biology of Mental Illness.” Obviously I would like to be assured that there’s a valid scientific basis for the designations offered by psychologists – and something in their treatments beyond the power of suggestion. Because if that basis is weak, then the legal pressure I am under is hurting not just me, but my potential clients.

I regret, then, that Harrington mounts a devastating critique of psychology. It is not just that psychology has no sound scientific basis – the dynamics of its development have systematically brought suffering to those it characterizes as patients.

In considering the history surveyed by Harrington, I think that it would be generous to say that, desperate for some therapeutic method, psychiatrists have systematically seized upon symptoms as causes. Each generation of psychiatrists took up tools that addressed the purported cause of the era, only to discover that the treatment tended to increase the aggregate suffering of their patients.

This generalization applies to both of the broad classes of therapeutic approaches. The first assumes that mental illness reflects a biologic imbalance in the brain that can be treated with surgery or drugs. The second sees the imbalance as a learned response to a toxic environment that can only be corrected with therapy that builds new behaviors in a supportive environment. These two approaches are known popularly as “nature or nurture.”

Harrington’s history develops as a pendulum swinging between these two approaches, driven by shifting political winds. Reflecting the stark contrasts, psychiatry’s torch-bearers tend to be absolutists.

On the medical or nature side, anatomists first treated asylum patients as laboratory specimens, extended in their second era with legislative policies of sterilization and euthanization. This was followed by the practices of electroconvulsive therapy and prefrontal lobotomy. As biochemistry advanced, drugs were sought to target the specific pathways. Manipulation of metabolism (for depression and mania) was pursued using addictive drugs, followed in the modern era with drugs that target neurotransmitter balance. Unfortunately, Harrington reveals that early drug trials did not assess serious long-term side effects of metabolic drugs, and that more rigorous tests of neurotransmitter drugs show that they are only marginally better than sugar pills. Having hidden those results while marketing directly to consumers, Big Pharma is abandoning mental health under pressure from European advertising regulations that require that any new drug must be demonstrably better than existing remedies.

On the nurture front, Freud first blamed sexual repression for all mental illness. Mental institutes abandoned treatment to function largely as warehouses of sufferers deemed to be incurable. In the aftermath of World War II those concerned with valor blamed mothers for mental illness. Seeking early intervention, psychologists formulated categories of “deviance” that were seized upon by parents and schools as justifications for anesthetizing unruly youth. Finally legal decisions forced the disbanding of mental institutions, eventually leaving the prison system to step in as de facto provider of care for those that that cannot align their behavior with our civil codes. Of course prison society is not an incubator for civil behavior, and certain practices (solitary confinement foremost among them) are known to trigger psychotic breaks. While Harrington does not reference a statement of policy that blames the mentally ill for their condition, today American society does choose to punish them.

In grappling with these outcomes, psychiatry has recognized that therapies cannot be evaluated effectively until mental illness can be diagnosed accurately. Thus was born the institution of the Diagnostic and Statistical Manual. At this time it recognizes over two hundred conditions. Perhaps because of this complexity, Harrington reports that two clinical evaluations are likely to disagree roughly 70% of the time – and thus that treatment will follow different paths. Harrington does not report any studies that elucidate the discrepancies, but I am familiar with reports that suggest that overlap of criteria means that the diagnosis is often biased by clinical predisposition. If a psychiatrist has had success treating schizophrenia, they may look for schizoid symptoms and thus bias towards that diagnosis.

Harrington concludes her survey with the admission that the scientific foundations of psychiatry are vague, and calls for clinicians to return to basics. Should they fail, she foresees that they will surrender therapeutic initiative to those that lack prescribing authority: counselors, therapists and social workers.

I have deeper concerns. Hypnotherapists understand that the brain is not the mind – and this is a view shared by followers of Jung, who split with Freud over the matter. Through personal experience, I believe that the human brain is best understood as a multi-channel radio receiver, and that most of our thinking is done in the soul. This undermines biological investigation for the causes of mental illness. There may be correlations between diseases of the soul and brain biology, but attempts to change only the biology will be ineffective in treating the disease.

As a hypnotherapist, my response to Harrington’s indictment of her discipline was angry. Given that “science” was the justification for preferential licensing, it now appears that in fact the regulators were snookered by a chest-thumpers seeking to engage in restraint of trade. I plan on promoting Harrington’s revelations, and will be far more aggressive in seeking to help clients that have been disempowered by the industry.

For that is where the real answers are to be found: empowering self-care. After more than a century, the evidence is in, and the human mind is beyond biological understanding. Psychology should recognize that it is largely a philosophical discipline – which in the best sense serves to provide citizens with understanding to manage their minds and relationships. The obfuscating complexity of psychiatric terminology must be removed from public dialog, and replaced with something with greater utility. Perhaps the Kappasinian Theory of Mind?