Clinical Hypnosis is not Hypnotherapy 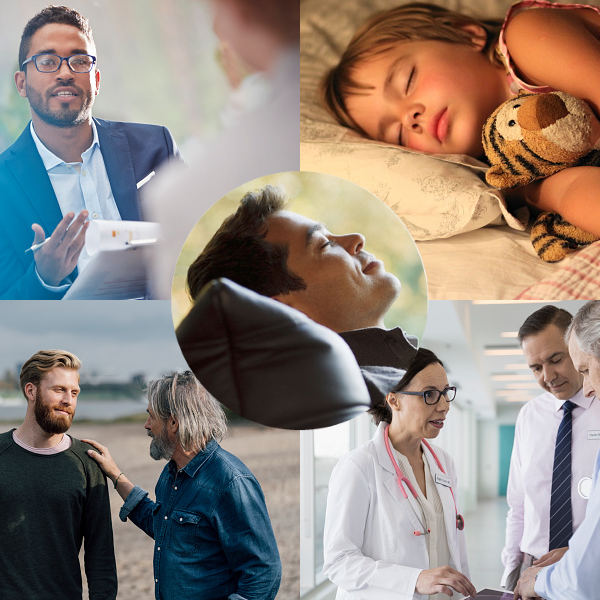 When our health is threatened, we take extreme measures to protect and restore it. Staying alive, after all, is necessary to anything else. For this reason, when sick or injured we are vulnerable to deception and self-serving by those claiming to restore us to wellness.

To the extent that wellness exists in the body, the methods of science have much to offer those that need healing.

In the medical field, the precepts of science are easy to fulfill. We can diagnose the patient’s condition using objective observations. We can stage clinical trials that compare the efficacy and side-effects of various treatments. And we can apply the methods of engineering to standardize therapies and minimize cost.

In the 1800s, those caring for the mentally ill encountered diseases that seemed to fit the medical model. Foremost of these was syphilitic meningitis (in which the syphilis bacteria attacks the brain). For this reason, psychiatry was made part of the medical world. Various alternative forms of therapy were grandfathered in, including hypnosis and psychoanalysis.

Psychiatry and psychotherapy were thus granted the imprimatur of science, and states eventually interceded to license their practice. Unfortunately, as generation after generation of therapeutic methods was applied and disproven, it became clear that mental illness was far more difficult to characterize than illness in the body. Schizophrenia, depression, and neurosis were split and blended until with the DSM-V (Diagnostic and Statistical Manual v. 5) there are more than 200 recognized conditions, most of which are recognized as covering a spectrum of severity.

In California, the methods identified by use for clinicians include interviewing, counseling, drugs, and hypnosis. When the licensing law was proposed, other professions took exception to reservation of those methods. Among those granted specific exceptions were attorneys, religious leaders, and hypnotherapists.

Now hypnotherapy and psychotherapy are often both seen as “mental health” disciplines, but the legal definition of hypnotherapy defies that: it says that hypnotherapists may utilize hypnosis for “vocational and avocational self-improvement.” This is an essential distinction. What it says is that the hypnotherapist’s client knows what changes they want in their behavior, and seeks assistance in accomplishing those changes. Through experience, a hypnotherapist may offer additional guidance, but at every step it is the client who chooses what is inserted into the subconscious mind.

Conversely the psychiatric patient has a generalized malaise and doesn’t know how to change. A psychiatrist is thus allowed to change the patient’s mind with prescribed medication or therapy.

Considering the application of hypnosis, how does clinical practice differ from hypnotherapy? An excellent example is found in the introduction to Erickson’s “My Voice Will Follow You.” Erickson was visited by a woman who was systematically sexually abused by her father until leaving the house at 17. The woman described her painful fear of an erect penis. Erickson’s therapy was to call her “stupid” as she didn’t realize that her vagina could “render any penis soft.” With that established, he suggested that she enjoy “vicious pleasure” in exercising that power.

How is this a hypnotic approach? In calling her “stupid,” Erickson validated her worst fears to achieve a shock induction (kind of like throwing her in front of a bus). He then gave the subconscious a strong image of personal power (the effect of her vagina) before encouraging her to enjoy the exercise of that power.

I don’t know whether he considered the impact on her subsequent sexual victim. At least, given the summary, I hope that there was only one, as that was the plan she had upon leaving the clinic.

Obviously Erickson is skating on the edge of disaster here, and only as a highly experienced clinician should he ever have exercised that authority. If the wheels came off the bus (so to speak) during the shock induction he had the authority to prescribe medication and commit the patient for observation. The problem is that this bravado is typical of clinical hypnotists. As evidenced in the continuation of the introduction, at least some of Erickson’s proteges revel in demonstrations of that kind of power – seemingly magical cures achieved with just a few words.

But this is not what I do as a hypnotherapist. Having heard that this woman suffered childhood sexual abuse, I would have recognized that she was suffering from a mental wound and referred her to a licensed clinician. If she came in complaining only of frigidity, I would have asked her to explain the imagery she associated with intercourse, and helped her develop alternatives that might release her anxiety. All of this would be done in conversation before hypnosis was induced to associate the new imagery with intercourse – and followed by referral to her medical doctor to verify that no health issue existed.

Obviously there is an ambiguous line here: in the first case, the clinician heals the client; in the second, the hypnotherapist helps her strengthen her personality. Is that “strengthening” also a healing? That’s hard to tell. But the question is whether a client wishing to strengthen her personality should be denied the opportunity to have a hypnotherapist facilitate that process.

The reason that I emphasize this at this juncture is that Psychology Today defines “hypnotherapy” as clinical hypnosis, and pointedly excludes from its recommendation graduates of accredited Colleges of Hypnotherapy (such as the Hypnosis Motivation Institute). Furthermore, psychotherapists often tell their patients that they cannot also seek the assistance of a hypnotherapist. As I see it, both the magazine and the therapist are engaged in illegal restraint of trade – and you can be certain that if I had the resources I would see them in court for it.

Hypnotherapy is a distinct discipline with its own methods, intellectual frameworks and scope of application. So long as services rendered are “vocational and avocational self-improvement,” the public has the right to engage a hypnotherapist to strengthen their personality. If clinician wishes to constrain such use, it must come with a strong written argument that the benefits sought by the client are potentially harmful to their self-interest.