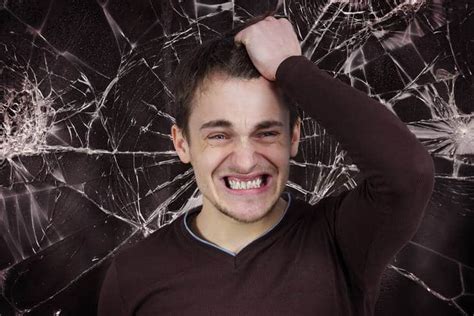 Starting with Freud, psychiatry tried to convince us that happiness unfolds from understanding the cause of our unhappiness. Freud proposed sexual frustration in childhood, Eric Erickson focused on crises of socialization, psychopharmacology focuses on chemical imbalances in the brain.

The downfall of all such theories arises from the vagaries of human experience and the plasticity of the human mind. Factors influencing mental wellness include parenting, culture, socioeconomic status, diet, physiology, and gender. Psychological frameworks define a hierarchy of importance among these and other factors, but in that hierarchy itself filters arise that blind us to certain types of experience.

In reaction to these failures, modern psychotherapy is focusing on mental self-control. As I explore them, most of these practices conform (whether explicitly or implicitly) to the teachings of Gautama Buddha. “Mindsight,” by Dan Seigel, builds integrative psychotherapy around mindfulness (Buddha’s “Right Awareness”). The value added through modern study is replacement of esoteric spiritual “awakening” with mental exercise.

I do not know if Stephen C. Hayes, author of “A Liberated Mind,” would accept these parallels, but I find them unavoidable.

Hayes is the originator of Acceptance and Commitment Therapy (ACT), and “A Liberated Mind” is his introductory self-help manual. The book has three parts. The first explains the history and theory of ACT; the second describes the mental exercises; the third considers specific applications. This review is limited to the first two parts.

Hayes is his own principal case history. Briefly, he had a traumatic childhood, witnessing abusive interactions between his parents. Burying these under a façade of normality, he chose psychology as his field of study. Always suffering from self-esteem issues, his mental condition began to deteriorate upon witnessing an abusive dispute between academic superiors. Panic ensued, panic that he attempted to control through avoidant behavior, until finally it took over his life.

The breakthrough moment – and the seed for the development of ACT – occurred when he finally chose to confront his feelings rather than avoiding them. In the recounting, I found myself considering the parallels with Siddhartha under the Bodhi Tree. The Buddha achieved enlightenment with the decision to stop treating suffering as something to be conquered and instead accept pain as a signal that something needs to change.

Hayes attributes his emotional avoidance to the influence of the “Dictator Within.” Much of his professional career has been devoted to understanding its power. In direct terms, the human cerebral cortex is a machine for categorizing sensations and exploring associations among those categories. Unless checked, that process can lead to incoherent fantasies. The “Dictator Within” is a self-abusive fantasy that focuses attention. In Hayes’ case (although he does not articulate it), its goal was to see to it that he never again experienced parental abuse. Its negative self-assessments were simply the testimony of the subconscious that he had not succeeded in that goal, and that in its judgment nothing else mattered until he did. As the book progresses, Hayes does draw out the association between childhood trauma and the panic attacks brought on by professional dispute.

With this focus on the “Dictator Within,” Hayes sees Cognitive Behavior Therapy (CBT) as the therapeutic predecessor for ACT. ACT extends CBT with an organized strategy for linking control of our thought to rewarding behaviors. The ACT strategy is elaborated as six mental pivots, the first being the ability to turn off (or defuse) the Dictator Within so that we may devote attention to the reality we navigate. This and other pivots is achieved through simple mental exercises.

In preparing the transition to Part II, Hayes warns that the mental exercises are a life-long program. To his mind, the Dictator Within can never be silenced, only held in abeyance. Thus, part one ends with a statement that contradicts the promise of the title: “Let’s put your mind on a leash.”

I will not detail the practices for each pivot. I see parallels in each pivot to one of the elements in Gautama Buddha’s eight-fold way. Where Buddhists hold that the elements may be navigated in any order (based upon the sensibility of the acolyte), Hayes puts them in a sequence suited for those tyrannized by their minds.

The practices are accessible for self-help. We might find ourselves repeating a self-derogatory word for thirty seconds or rewriting our life story to emphasize our values. No one of them takes more than ten minutes. Even so, given the power of the Dictator Within, Hayes counsels that we should seek support in applying the pivots. While he maintains a forum for mutual aid, when discussing difficult pivots, Hayes refers the reader to sites that will guide them to psychologists trained in his methods.

I introduced Siegel’s work above because I think he would voice the same criticism I do: Hayes’ caution against the persistence of the Dictator Within is evidence that ACT does not channel that motivating energy toward positive ends.

As a Kappasinian practitioner, however, I must recognize Hayes’ enlightened behavioralism. Hayes splits the pivots around their midpoint. The first three develop self-control, the second triad leads inexorably toward action. Hayes indicates that the triad of action, while resting on the foundation of self-control, is essential to anchoring our conquest of the Dictator Within.

In his case history series, Dr. Kappas described himself as a behavioralist. He said that this was the unique character of hypnotherapy: that it did not attempt to force the client’s experience into conformance with a psychological theory but built consensus across our mental divides that liberate us into rewarding action. At HMI, John Melton was the deepest analyst of how Kappas constructed one-hour therapies that led from statement of need to behavioral change. Having internalized those lessons, I recognize that the pivots described by Hayes are designed into the Kappasinian session structure. For me, then, this book was of greatest value in highlighting the power of the methods we use, as compared to the self-help techniques that lead inevitably to engagement of expensive psychotherapy.

To summarize, in “A Liberated Mind,” Steven Hayes introduces the ACT program. ACT orients clients toward mental wellness through pivots in attitude that are facilitated by simple mental exercises. While presented as an introduction to self-help, Hayes emphasizes the value of professional support. From the perspective of Kappasinian hypnotherapy, the program is distinguished primarily by the degree to which it embraces the value of behavioral change. Along with our clinical colleagues, we might hope that deeper integration and balance might be attained for our clients, fulfilling the title’s promise of liberation from the “Dictator Within.”