Healing Inside the Box 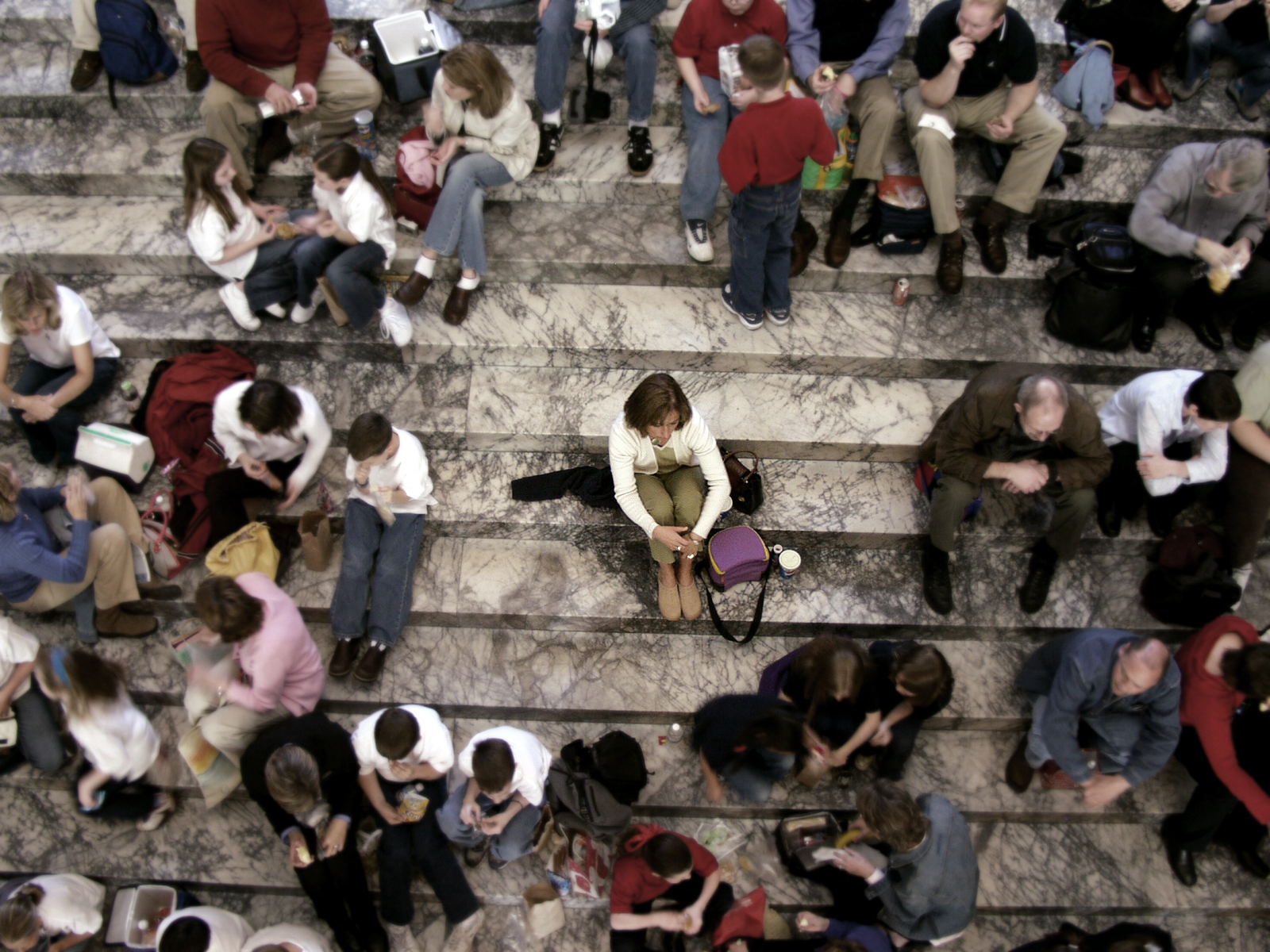 The US military has a fragile relationship with the mental health industry. The conditions of employment are mentally debilitating, and loss of fortitude carries large costs – both operationally and institutionally. Thus the military invests both in instilling courage and healing those with broken minds.

None-the-less, given their operational focus, a certain myopia is inevitable. Following WWII, the prevalence of PTSD led to the conclusion that American mothers coddled their sons. Military studies of chronic side-effects of combat also have been misleading to those seeking to understand the costs of stress in civilian life. And, ultimately, the military is interested in ensuring that personnel re-enter combat – preventing those conditions is a problem of diplomacy that lies beyond their control.

Given these factors, the military works hard to select people that are predisposed to discipline. Naturally, that predisposition often forms in childhoods where self-rejection was rewarded. Sometimes those rewards were celebratory, but for too many children self- rejection brought only a surcease from painful rejection. As adults, that conditioning makes us hard, but brittle.

In “Widen the Window,” Elizabeth Stanley shares her experience both in recovering from the effects of self-denial and in guiding others to healing. She carried her self- rejection and its consequences through breakdowns in both military and civilian life. When it finally manifested as blindness, she was forced to turn inward and recognize that there are aspects of wellness that only the individual can control. The understanding that she presents is therefore not clinical theory, but an integrated compendium of insights that are essential to self-care.

“Widen the Window” has three parts. The first seeks to puncture the American mythos around the “suck it up and move on” sociology of self- rejection. With case histories from both civilian and military life, she establishes the commonality of the factors that lead to burn-out and collapse. The attitudes of self-rejection create conflict between the thinking and survival centers of the brain. That conflict undermines self-trust, until our thoughts and emotions themselves activate a panic response that eats us up from the inside. Walking on the edge of panic, we have a “narrow window” of tolerance for external stress, causing us to be reactive, hostile, and defensive in personal and professional relationships.

The second part of the book illuminates the interlocking physical, emotional, and mental factors that control our tolerance for and recovery from stress. Regarding the latter, Stanley subscribes to the conclusion among talk therapists that trauma recovery demands “completion” of an action that the physical mind will accept as a resolution to the experience. Still, much of our habitual attitude to self is formed in chronic conditions during childhood that may not be healed through resolution of a single experience, a conclusion that Stanley never quite reaches as she develops childhood attachment theory. The section concludes with a more nuanced re-iteration of Part I’s dynamic of collapse under acute trauma, chronic stress, and inappropriate treatment by clinical specialists.

The third part turns to therapeutic practices. The influence of military culture is evident in the title of its first chapter: “The Warrior Traditions.” Stanley accepts that destructive conflict is a given in modern society (though see below). The goal of her program is to sustain engagement and creative problem-solving under the conditions of conflict. Stanley starts with the caution that certain popular self-help methods (such as meditation) can lead to emotional flooding that can worsen syndromes. Still, she offers a pair of simple practices (“Contact Points” and “Grounding and Recovery”) that safely expand the collaboration between thinking and survival brains. Those skills are the anchors for self-discovery and journaling practices that cultivate curiosity, courage, and flexibility. Stanley also emphasizes the importance of exercise, nutrition, sleep, and community, summarizing the recommendations developed more fully by others.

In the final chapter, Stanley finally comes to grips with the psychotic sociology of the military mentality. That mentality instills individual dysregulation that is contagious, and which has permeated American culture at all levels, leading us to be blind to social and ecological consequences that threaten to destroy the nation and species. Stanley offers a hopeful resolution in which the qualities of the Warrior Tradition are recognized as leadership essentials. A well-regulated leader inspires self-regulation in subordinates, creating robust communities that respond to unmet challenges.

As a Kappasinian hypnotherapist, I must applaud Stanley’s thoroughness and determination in constructing a path away from self-rejection. She is working within a box of experience, however, that excludes my practice. As Dr. Kappas observed in trainings, psychotherapy starts with an enumeration of problems, and the client leaves their first session feeling worse than they went in. Thus it is with Stanley’s development. Dr. Kappas constructed a first session practice that re-establishes the potential of inner balance. In case after case, my clients come out of hypnosis to exclaim “I have never been so relaxed in my life!” As the suggestions unfold to create that state, anchors are added that allow the client to practice accessing that state, generally just before and after sleep. Note only does this deepen sleep but establishes that the state is entirely under their control.

Stanley’s MMFT practice merely promises access to that state, and she warns throughout that those most severely affected need professional guidance as the confront their dysregulation. Kappasinian therapy creates a known that serves as a lode star. Clients are not “gritting and grinding” their way through dysregulation, they are drinking directly from the healing well.

As they adapt to that reality, the next focus of therapy is cultivation and expression of chosen virtues. Stanley presumes that a Warrior’s Courage and Wisdom are universal, but her examination of them demonstrates that they are particular to cultures in conflict. If the future that she extols in her final chapter is ever realized, it will usher in an era of peace that resolves tension before it explodes. The virtues of that era will reflect a different set of priorities. For an exploration, the reader might consider the Hristic Path described in my series on Personal Development.

Be that as it may, “Widen the Window” is a great improvement on the blame-shifting that the military once offered to those that broke under the pressure of combat. Stanley’s treatment is intelligent and empowering to those conditioned to self-rejection. I recommend it to both sufferers and those that care for them. Just be aware that we can do better.