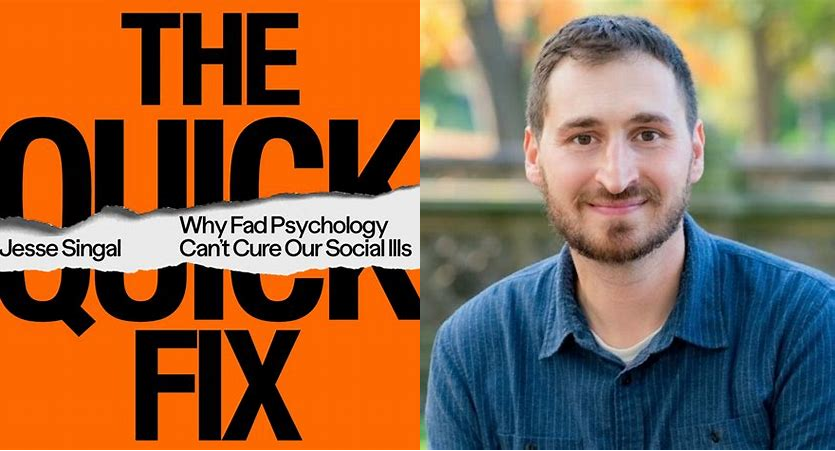 American exceptionalism was formed in the shared struggle of World War II and cemented in the mass-marketing of consumer goods in the 1950s. The seeds of destruction of that social consensus came with mass-marketing of oral contraceptives in 1960. A whole new world of choices became available, and the efficiency of American resource exploitation removed the constraints on its beneficiaries. We became impervious to consequences.

The endpoint of this progression is a lionization of individual exceptionalism over social stability. So long as our institutions continued to serve the majority of voters, concentration of reward was acceptable. In fact, a whole industry sprung up to study the qualities and behaviors of our exceptions, feeding the hopes of emulators, and rationalizing the system of disproportionate reward.

Jesse Singal, in “The Quick Fix: Why Fad Psychology Can’t Cure Our Social Ills,” sets out to expose the role played by academe in sustaining this collapse of our social contracts. The dissection is oblique. Singal starts with a critique of the sloppiness of the methods that Social Psychology has used to prescribe its interventions. It is only at the end of the book that he broadens the field of view to question the viability of Social Psychology in its current form.

The key driver of methodological sloppiness is the rewards returned to those that deliver prescriptions for individual exceptionalism. These advocates are of two types: those that have beaten the odds (such as Sheryl Sandberg’s, whose “leaning in” allowed her to puncture the glass ceiling) and academics with a theory of the links between cognition and behavior. These advocates give popular TED talks, write books and papers, and find funding niches in organizations whose culture is aligned with their hypotheses. They also create a secondary market of coaches that are filled by practitioners with one-year post-graduate certifications. (Clinical practitioners need to run the gauntlet of a four-year Ph.D. program and two or more years of supervised practice.)

The premier case study is Martin Seligman and “positive psychology.” Seligman developed profiles of K-12 students that showed correlations between attitude and performance. One view of the correlation is that success causes positive attitudes. Seligman, committed to the idea that psychology should shift from a focus on illness to a focus on achievement, decided to promote policies that assumed the reverse: attitude causes performance. This was seized upon by Department of Education and the Department of Defense, who issued hundreds of millions of dollars of no-bid contracts to Seligman’s Institute. Both organizations were desperate to find answers to intractable problems: poor performance in inner-city schools and high rates of PTSD among veterans of the “War on Terror.” In both cases, Seligman’s interventions allowed the institutions to promote their advocacy, and Seligman promoted positive outcomes with marginal impact as though they demonstrated widespread efficacy. Allowed authority as president emeritus of the American Psychological Association, Seligsman was not called out for twenty years, and his interventions finally revealed as ineffectual.

While I proclaimed the outcome of Singal’s narrative, he charts a careful course through his case studies. His first prescription is for methodological reform. To prevent manipulation of marginal outcomes, scholars should define the goals of their research prior to execution of the study. Peer review should reject outcomes that do not address the defined goal. Then, to uphold the fundamental tenet that all scientific research should be subjected to confirmation, all negative outcomes must be captured and made available to the community. Too often, publishers would reject as “uninteresting” those studies that did not return a positive result. This creates a bias that tends to sustain false claims. Singal celebrates the methodological hawks who have exposed these defects and marshalled efforts for reform.

But after building his case for reform on the corpses of failed interventions, Singal turns his cannons on the discipline as a whole. Since the ‘80s, in certain political circles social psychology’s focus on individual choice has justified a culture of victim blaming. This has allowed a steady hardening of barriers to participation by the socially disadvantaged. As an illustration, Singal focuses on the mortgage industry, where successive collapses have driven the creation of “consumer education” reforms that ignore the fact that all the choices on offer are exploitative, and drive market instabilities that are underwritten by the US taxpayer. Consumer literacy that supports only “lesser of two evil outcomes” is insufficient to ensure stability in the housing market, and so is no substitute for exposure and reform of systemic bias

Singal’s conclusion is that the discipline, confronting the disparities of effect between individual choice and the social systems that constrain choice, social psychology should bow out of the public sphere for at least the next thirty years.

All those involved in coaching for personal success should read Singal’s book. The implied authority of the proponents of pop psychology is relied upon by many in defining their programs. As Singal documents, the authorities have been unable either 1) to demonstrate methods to actually change the character of our clients or 2) to prove that character change affects outcomes. Unless we are willing to accept fault for persistent failure by our clients, the conclusion that they must draw is that they are the defect in the system. Therapy that leads to harm to the client’s self-esteem is not therapy. It is contingent upon coaches and therapists to apply the discernment offered by Singal to filter pop psychology’s information storm.